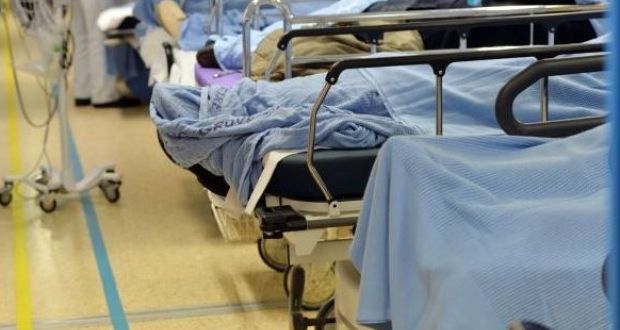 Cork is set to get a new acute hospital as part of a package of projects which range from those providing complex acute care to primary and community services. Photograph: Alan Betson

Two new hospitals in Cork City and a €1 billion investment in the county’s roads, including backing for the construction of the M20 Cork/Limerickmotorway, have been included in the National Development Plan (NDP).

The city will get a new acute hospital to deal with serious health cases, along with a hospital that will deal only with scheduled operations, while significant investment will be made in primary and community care.

“The high volume of demand for such services in these major urban centres is sufficient to justify the construction of dedicated ambulatory centres. It is envisaged that the facilities will be sited adjacent to general hospitals,” says the plan.

The aim is to increase capacity and separate scheduled and unscheduled care in line with the recommendations of the Sláintecare report and in line with best international practice, says the plan.

Backing the M20 project, the Government said: “The two cities are approximately 100km apart, yet at present the economic interaction and inter-relationships between the two cities is limited, with poor transport connectivity.”

An appraisal process for M20 will also examine the inclusion of the Cork northern ring road, which would complement the Cork-Limerick motorway and link it to the planned Dunkettle Interchange to improve links with the M8 from Dublin and the N25 from Waterford.

In the plan the Government also gives a commitment to realising the €110 million Dunkettle Interchange as well as the €180 million Cork-Ringaskiddyroad, the €130 million Ballyvourney to Macrom bypass on the N22 Cork-Killarney road and the N72/N73 Mallow relief road.

The transfer of the Port of Cork’s terminal business and other operations from Tivoli to Ringaskiddy will be backed by a €90 million investment enabling Ringaskiddy to offer deeper water for larger ships.

The NDP will use part of a €2 billion fund to back the regeneration of Cork City’s docklands, upgrading roads, power and sewerage in the former industrial district, along with a new bridge over the river Lee.

Cork is also set to benefit under a plan to invest €180 million across six fishery harbour centres nationally, with Castletownbere in west Cork among those chosen for work beginning in 2022.

Nearly €500 million will be spent on flood-protection works nationally between 2016 to 2021, including the lower Lee flood relief scheme in Cork City and works in Skibbereen, Clonakilty and Bandon in west Cork.

The plan pledges €55 million for the Cork Lower Harbour main drainage scheme to enhance the water quality in Cork Harbour, along with €30 million between 2018-2021 to continue the clean-up of Haulbowline Island in Cork Harbour.

Culturally, the refurbishment of the Crawford Art Gallery in the city centre will go ahead. It needs significant rehabilitation to be brought up to the necessary modern health and safety standards expected of a public museum.

The gallery has prepared a preliminary €22 million 2018/2025 development plan for the 18th century building, and the first phase of this is to be finished in three years’ time at an estimated cost of €4 million, according to the report.

The second phase, which is estimated to cost €18 million, will involve the complete refurbishment of the existing building, and the development of further office and gallery space, including the construction of a new block for education, conservation and storage purposes.

On education, University College Cork is among the beneficiaries of a €3 billon investment across seven universities, with the money to come from both State coffers as well as the universities’ own resources.

Among the projects planned by UCC that look set to benefit are a new business school, additional student accommodation, an innovation park, an upgrade of the Tyndall National Institute and a new dental hospital.