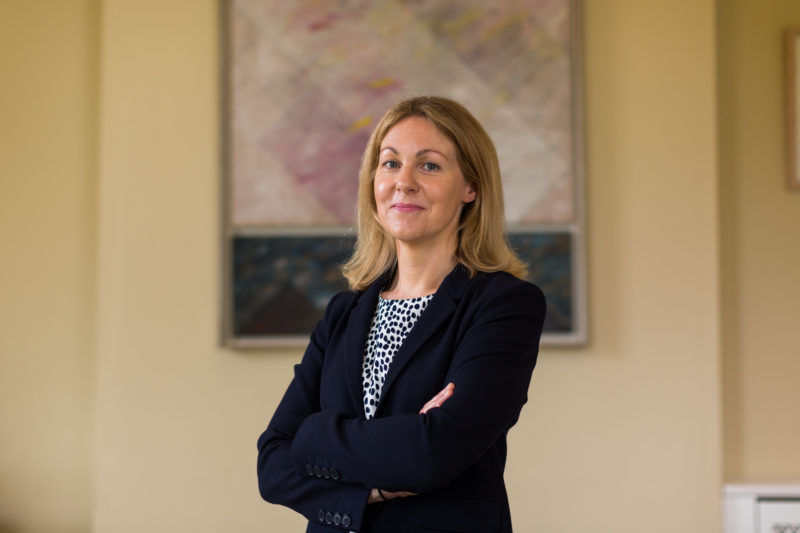 Norelee Kennedy, who graduated from Trinity in 2004, will take over as UL’s Vice-President for Research in January.

A Trinity graduate has been named as the new Vice-President for Research at the University of Limerick (UL).

Prof Norelee Kennedy, who graduated from Trinity with a PhD in physiotherapy in 2004, will take over the role in January of next year.

As a member of the college’s executive committee, the vice-president for research plays an important role in managing UL’s research support services the commercialisation of its research.

Kennedy is currently an associate professor of physiotherapy and the head of the School of Allied Health in UL.

In a press statement, UL president, Des Fitzgerald, said: “I want to congratulate Prof Kennedy on her appointment and wish her every success in this critical role.”

“The Research function is vital to the future of the University. Indeed the importance of Research to the University sector in Ireland generally is now gaining significant attention.”

“Research and Innovation will also form a main pillar of the new UL Strategic Plan which will be launched in the coming semester”, he added.

In a press statement, Kennedy said that she was “delighted to take on the role of Vice President for Research at University of Limerick”.

“I am very proud and honoured to be taking on this role”, she said. It is an extremely important role for the University and as an academic in UL for the last 14 years, I am very proud of UL and the research that we do.”

“It is such an exciting opportunity to look at the next phase of research for UL. We have an excellent base in what we are doing in our research here and I think there are opportunities to look at new ways of bringing people together to work in interdisciplinary ways.”

Kennedy will take over from the outgoing Vice-President, Mary Shire, in January. Shire held the position for two terms.