Charlie Taylor for The Irish Times 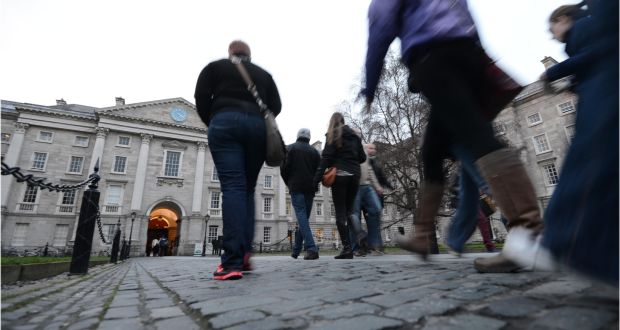 Trinity College Dublin continues to produce more entrepreneurs than any other university in Europe, according to new independent research.

A report conducted by research firm Pitchbook shows Trinity produced 232 entrepreneurs and 212 companies, which collectively raised $2.32 billion (€2 billion) in capital between the start of 2006 and the end of June 2018.

This puts Trinity College in first place among European universities for the fourth year in succession. The college is also ranked in 46th spot globally, up two places compared with 2017.

Pitchbook’s Universities Report includes data compiled from a number of sources including regulatory filings. The platform uses input from more than 200 search professionals with machine-learning and natural language processing technologies to gather its information on venture capital activity.

“This rankings report is simple and quantitative. It is based on real numbers that can be drilled into and verified independently. It is something we can all be proud of, that these hard facts and easy to understand figures put an Irish research institution as first in Europe for the fourth year in a row,” said John Whelan, ICT commercialisation manager at Trinity, and formerly executive director of the Blackbox “Launchbox” and “Launchpad” programmes.

Among Trinity’s many start-up success stories are AR/VR-focused Volograms and data specialist Datachemist, both of whom recently raised funds from Atlantic Bridge. Other companies to emerge from the college are Food Cloud and Artomatix.

Stanford in the lead

No other European universities are ranked in Pitchbook’s top 50 which is led by Stanford, which produced 1,178 entrepreneurs and 1,015 companies who between them raised $28.8 billion.

Stanford is also ranked first for serial entrepreneurs, and female founders as well as for top MBA and undergrad programmes.

Rounding out the top five universities for producing entrepreneurs are University of California, Massachusetts Institute of Technology (MIT), Harvard University and University of Pennsylvania.

Only one non-American educational establishment made the top 10 with Tel Aviv University in eighth place with 640 entrepreneurs that produced 531 companies who collectively raised $7.9 billion.