Schools are probably the last place that come to mind when you’re planning for an escape – especially if they are what you’re escaping from in the first place – but these postcard-like campuses will make you wish you were back to school again. Here are some of the most beautiful universities around the world, and some tips on how to plan your itinerary. 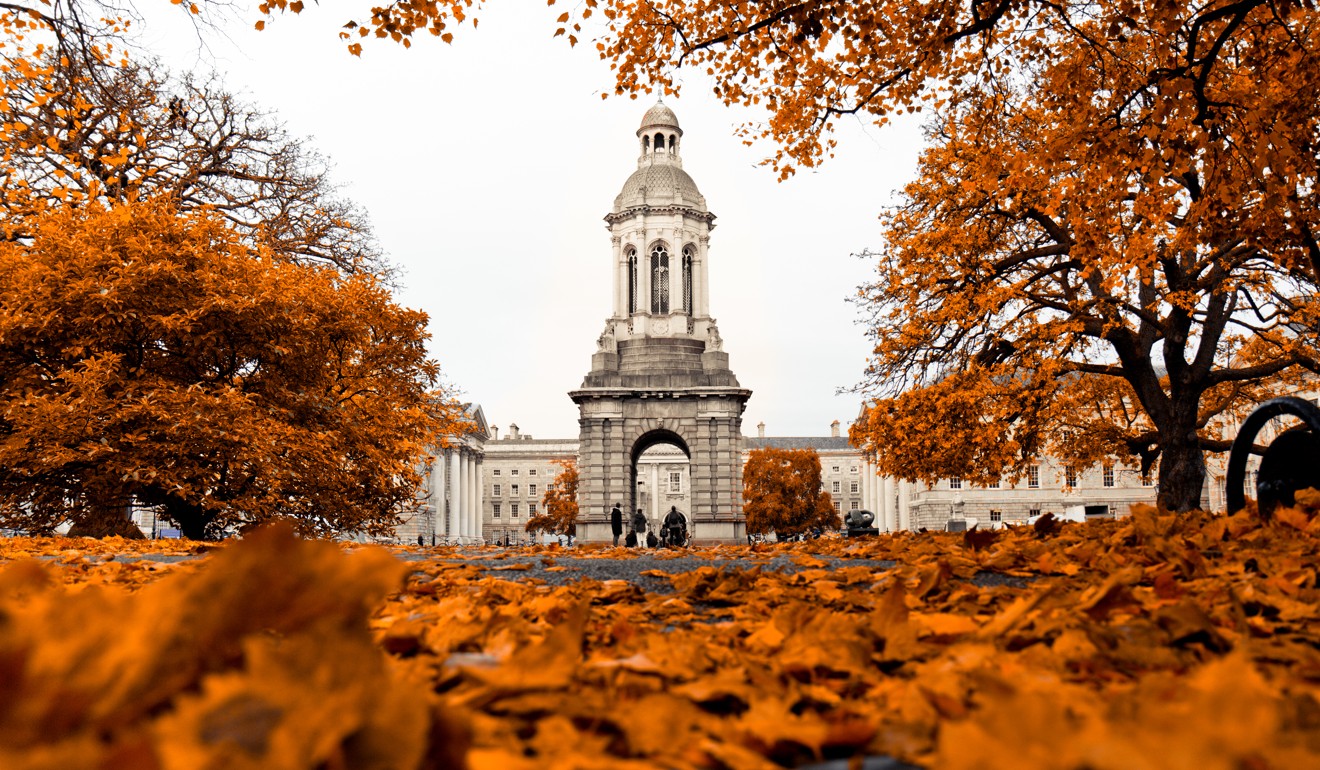 Founded in 1592 by Queen Elizabeth I, Trinity College in Dublin stands alongside Oxbridge among the seven ancient universities in Britain and Ireland. The academic complex is infused with serenity, despite being located at the centre of the capital just across the street from the Irish Houses of Parliament. The campus, spanning 190,000 square metres, features a mix of old collegiate architecture on the west side, and modern establishments on the east. It was ranked by Forbes as one of the 15 most beautiful college grounds in the world in 2010.

Up your game at the library of Trinity College, the largest research library in Ireland. Being a legal deposit library, it is legally entitled to a copy of every book published in Britain and Ireland, accounting for its staggering volume of six million printed materials including an extensive collection of manuscripts, music scores and maps. 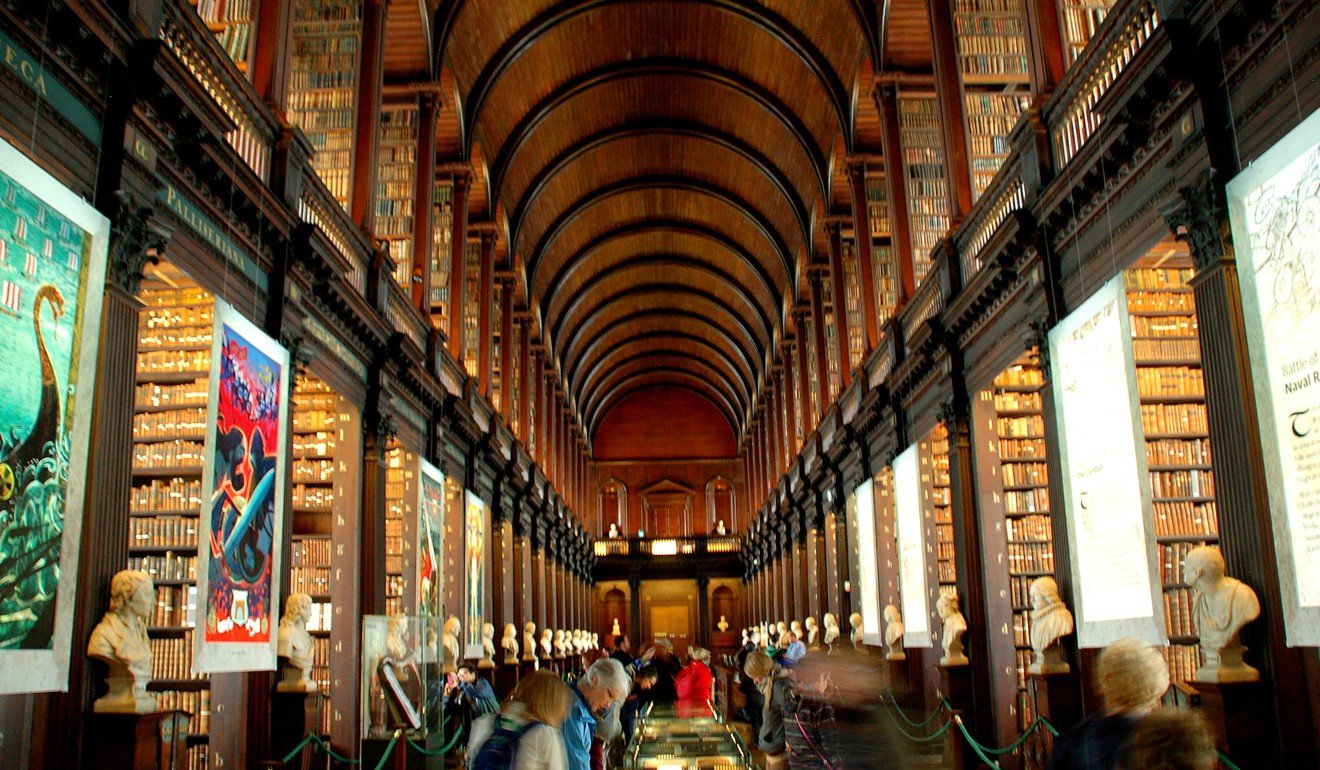 The Old Library, a masterpiece of Irish architect Thomas Burgh within the library complex, houses the precious Book of Kells and has become one of the most frequented tourist attractions in the country. Before you lose yourself among the hefty shelves of books, grab a book and read the afternoon away in the Long Room, a 65-metre-long main chamber adorned with marble busts of philosophers and writers under a luxurious barrel-vaulted ceiling. Tips for those who want a quick selfie with your idol’s bust: find out the location of every bust on the library’s official website before your visit.

While you’re there … explore the many whisky distilleries around town, including the Old Jameson Distillery, which has stopped running for a while but offers guided tours, a re-enactment of whisky making, and a sampling of various scotches and whiskies. 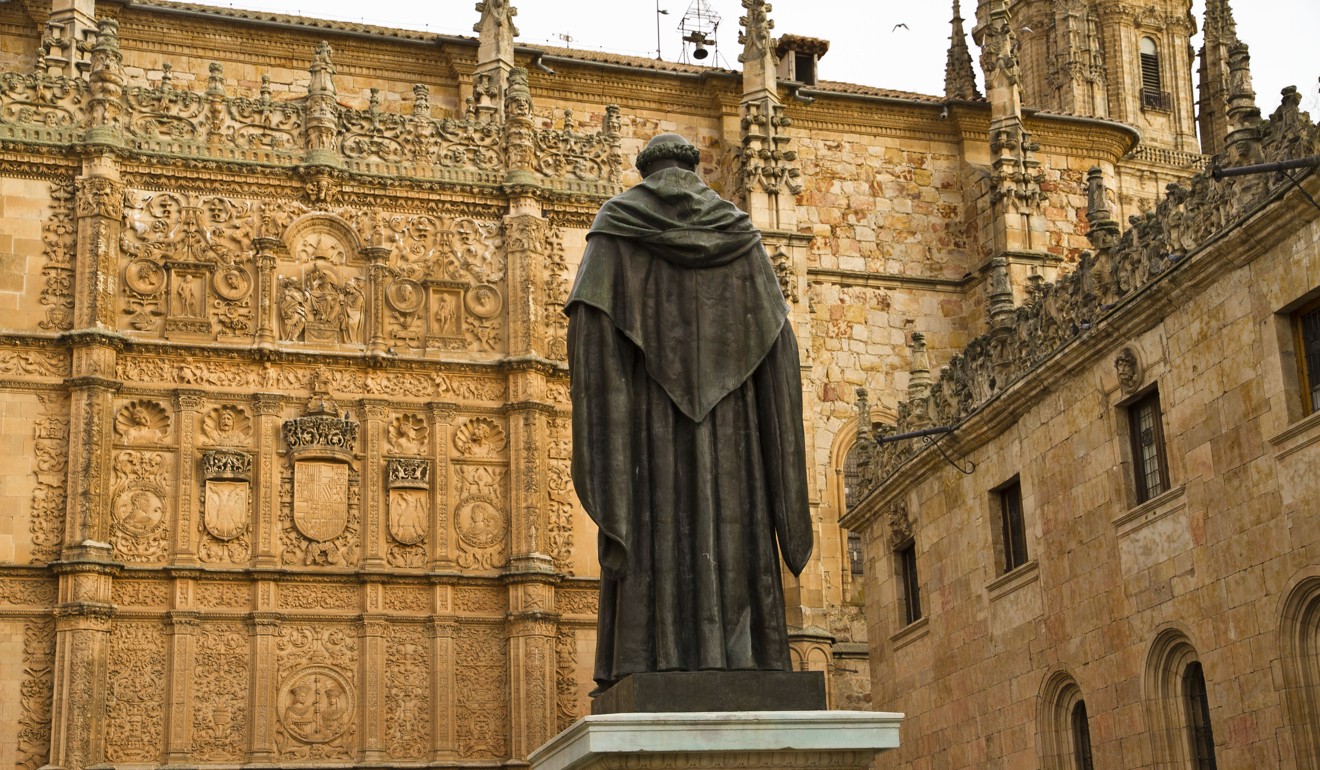 If you are a history buff, you would have heard of the Unesco World Heritage city of Salamanca, and the oldest university in Spain located in the city.

The University of Salamanca dates back to the early 12th century when the Cathedral school was recognised as a “General School of the Kingdom” by King Alfonso IX. The school has been the cradle of many notable figures in history, including Miguel de Cervantes, author of Don Quixote, and Aristides Royo, president of Panama (1978 – 1982).

The ornate plateresque facade of the university overlooks the giant statue of Fray Luis de León, an Augustinian friar and academic who assumed the post of vice rector at the university in mid-15th century. If you go deep into the maze of baroque architecture, you can still find his classroom preserved in the school’s old building. While you’re there … delve into the history and culture of Salamanca, where you will find 12th century cathedrals, Dominican monasteries and the Roman bridge, which dates back to as early as 89 A.D. 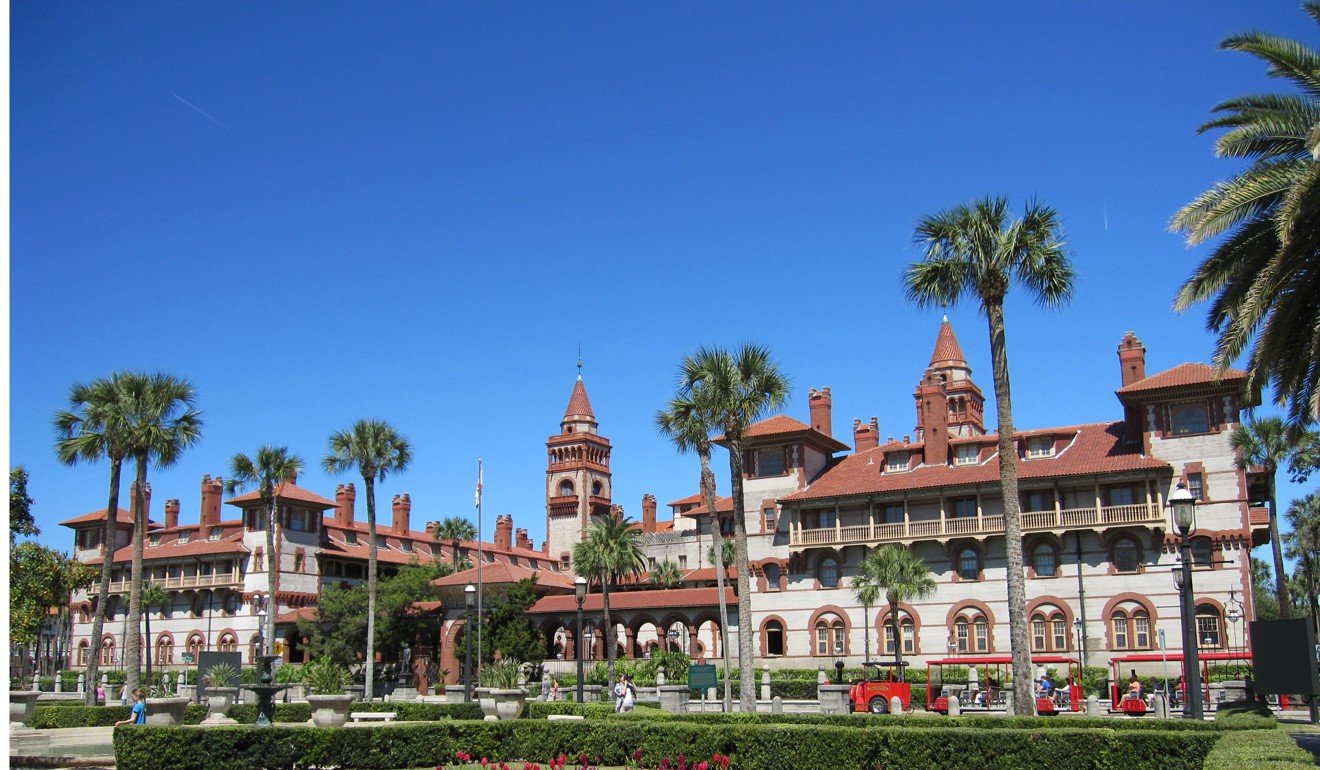 This is a school where one could have actually taken a vacation a century ago. The predecessor of the Flagler College is the old Ponce de León Hotel, built by architects John Carrère and Thomas Hastings in 1888. Voted by Travel+Leisure as “the most beautiful college in Florida”, Flagler College is a private liberal arts college in St Augustine some miles off the coast of Florida.

The 129 year-old establishment, now listed on the National Register of Historic Places, is an illustration of the Spanish Colonial Revival architectural style which resulted from the Spanish rule in St Augustine starting from the 15th century. 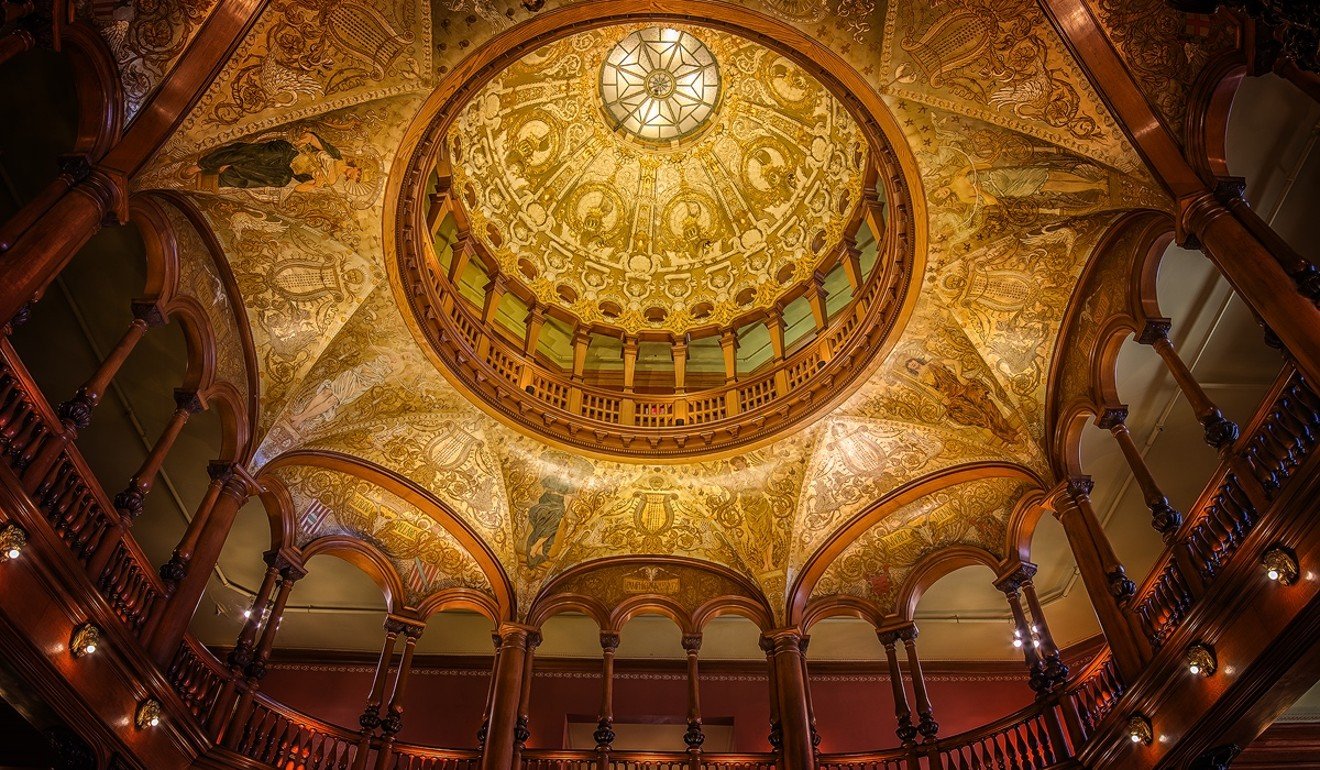 Looking up into the dome in the lobby of Flagler College. Photo: CurtisReese/Flickr Creative Commons

The front facade of the building, with a striking orange roof covered in clay tiles and irregularly shaped chimneys, opens to a luscious courtyard filled with bushes and pine trees. Small classes are sometimes held on the lawns.

While you’re there … join one of St Augustine’s infamous creepy crawls that will take you on a walk featuring tales of ghosts, romance and murder in this old city founded by Spanish explorers. 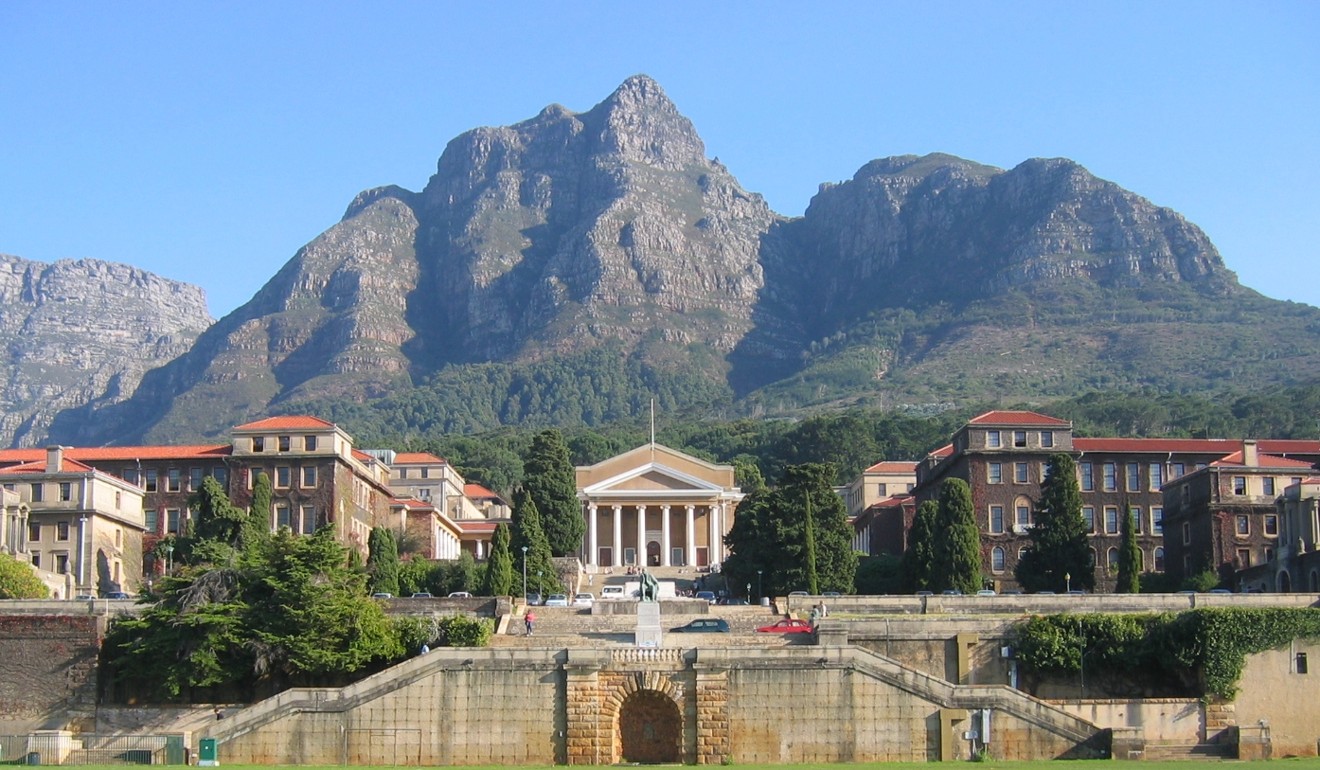 A view of the Upper Campus of the University of Cape Town, from the other side of the rugby field. Photo: Adrian Frith/Wikimedia Commons

The highest-ranked university in Africa has the advantage of being surrounded by one of the world’s most picturesque landscapes. Founded in 1829 as a boys’ school, the University of Cape Town is the oldest tertiary education institute in South Africa.

Propped against the slopes of Devil’s Peak, the main teaching campus began construction in 1928, based on the blueprint designed by architect JM Solomon. The compact campus converges upon the Jameson Hall – fondly known to students as “Jammie” – which serves as the location for major ceremonies and examinations and stands out in the hilly backdrop with its distinctive triangular pediment and classic white columns.

While you’re there … pay a visit to the contemporary art galleries that litter the suburban Woodstock at the foot of Devil’s Peak, an area that is quickly rising to become the city’s latest art hub.

The University of Oxford 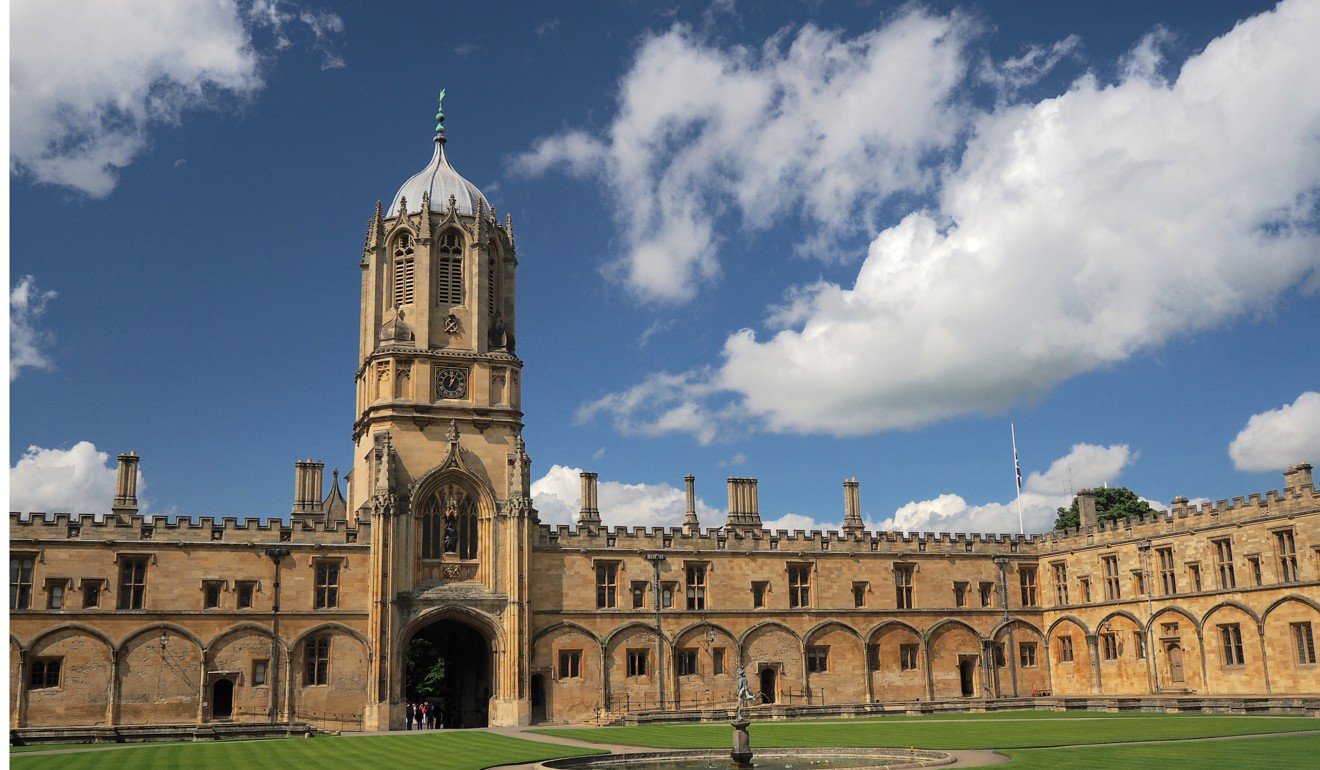 The oldest university in the English-speaking world made our list for not only the beauty that meets the eye, but also that of the imagination it inspires.

The 11th century labyrinth of cloisters, pillars and alleys has been the muse of many writers and directors – some modern instances include the parallel universe of Philip Pullman’s His Dark Materials trilogy set at the Exeter College, and a Christ Church College’s cameo in the Harry Potter series. 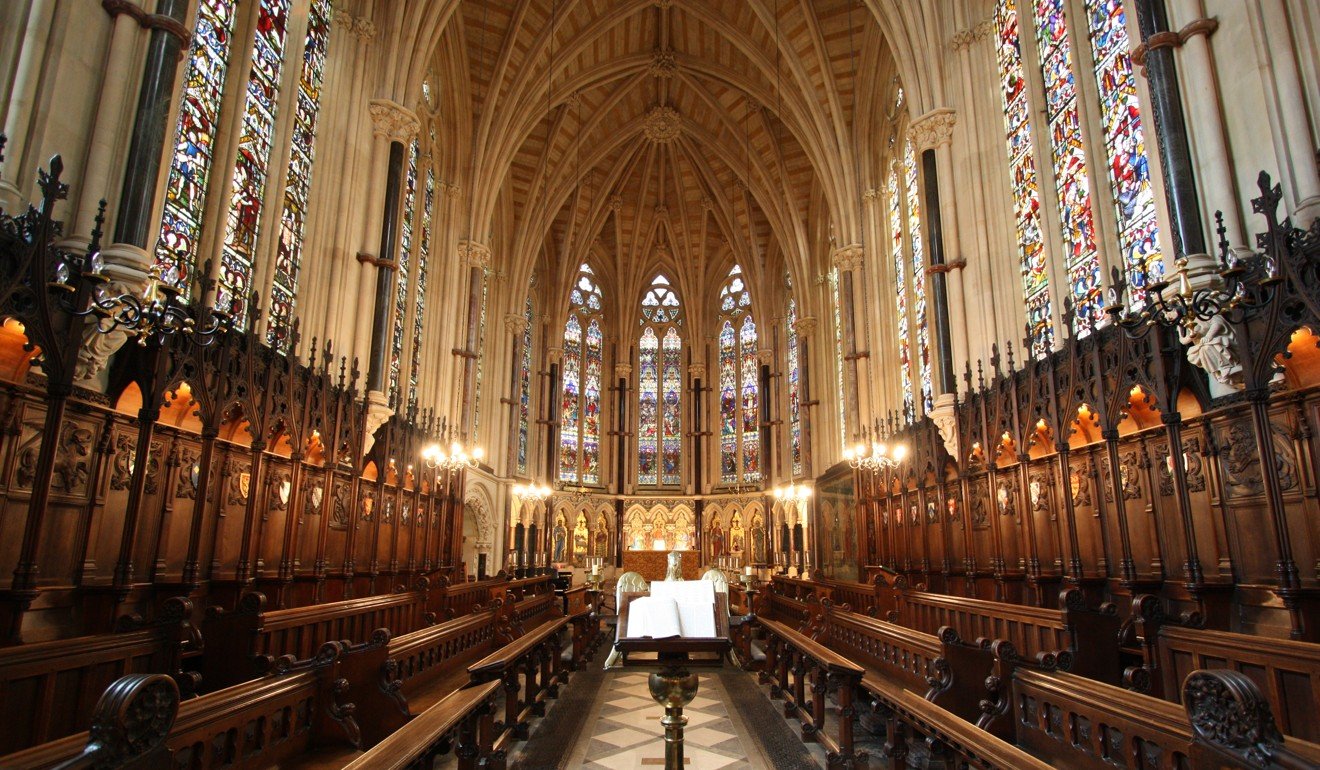 Do not miss the Radcliffe camera, built in the 17th century to be the university’s science library which has now retired to become a reading room for the Bodleian Library. The Camera, which stands for “room” in Italian, epitomises a traditional circular library with its dome and vaulted stone ceiling. It is occasionally open to the public in summertime, but is otherwise restricted to students and staff. 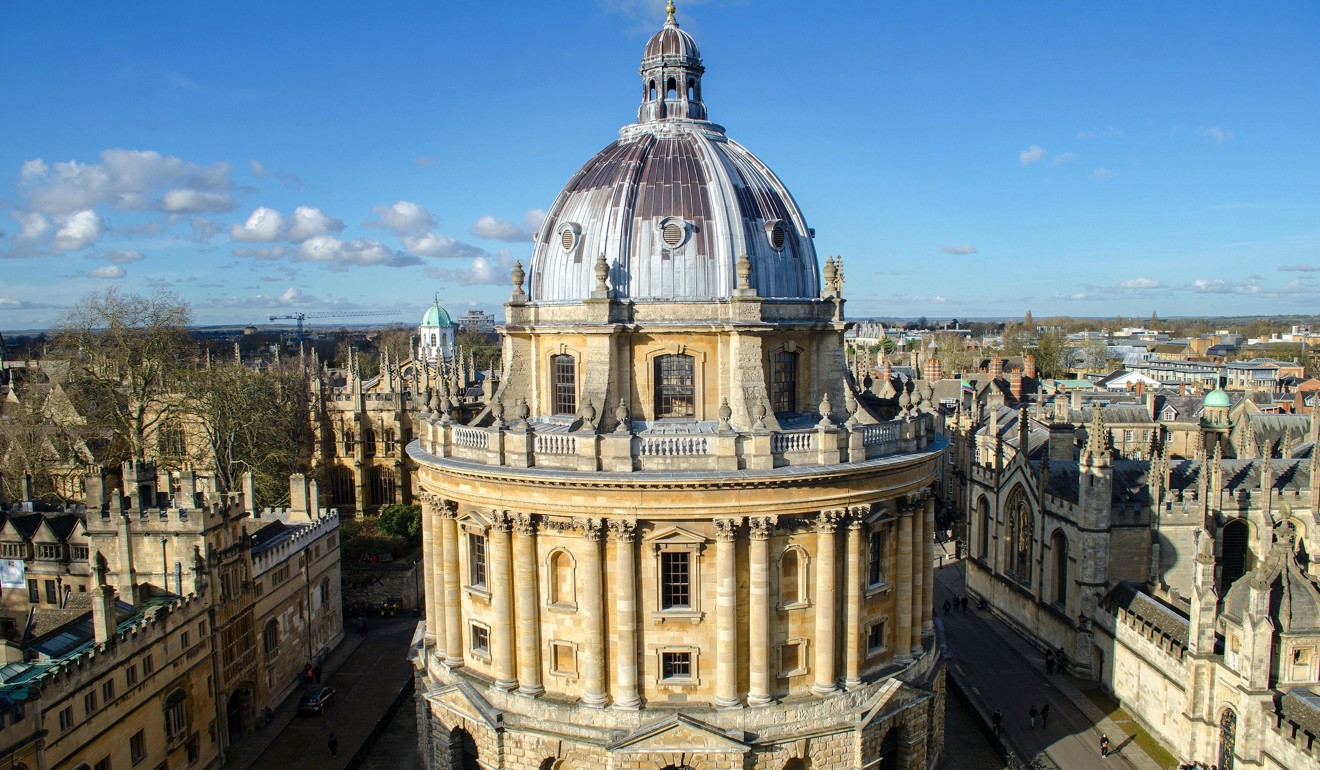 While you’re there … drop by Alice’s Shop, a quaint stonewalled gift shop at 83 St Aldate’s which was featured in Lewis Carroll’s novel Through the Looking Glass as the Old Sheep Shop. Alice fans will enjoy the thrill of rummaging for Alice-related souvenirs before enjoying a Mad Hatters tea party at Café Loco next door.