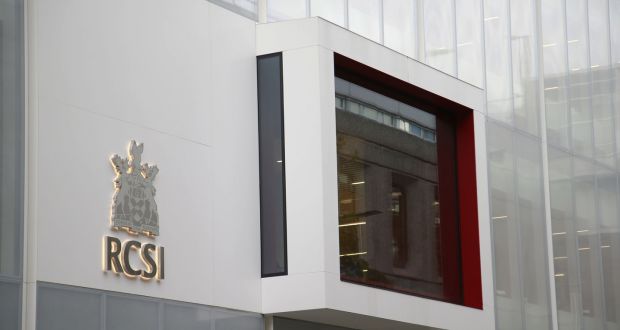 The Royal College of Surgeons in Ireland, on York Street, where the clinical trial was spearheaded by the RCSI’s Prof Janusz Jankowski. Photograph: Nick Bradshaw

An Irish college has discovered a new treatment that “significantly prevents” oesophageal cancer in patients predisposed to the disease following a trial that could “radically alter” medicine’s approach to the condition.

The clinical trial spanning almost 20 years was spearheaded by Royal College of Surgeons in Ireland (RCSI) chief research and innovation officer Prof Janusz Jankowski, and was published in the Lancet medical journal on Friday.’

In what was one of the largest cancer prevention trials in the world, it demonstrated the effectiveness of a combination of aspirin and acid-suppression medication in preventing premature death or oesophageal cancer.

Prof Jankowski said the research had the potential to “radically alter” medicine’s approach to the condition.

Some 2,557 patients with a common abnormality called “Barrett’s oesophagus” took part in the trial, and were followed up on for an average of nine years to monitor their conditions.

The objective was to prove if it was possible to prevent the abnormality developing into cancer, as well as preventing deaths from non-cancer conditions such as pneumonia, which patients with reflux are more susceptible to.

“The trial was successful as it concluded that high-dose acid-suppression significantly prevented premature death, cancer, and, to a lesser extent, progression to pre-cancerous cells,” a spokeswoman for the RCSI said.

Aspirin also had an effect, but only when patients who received non-steroidal anti-inflammatory drugs were removed from the analysis prior to their use. The high dose acid suppression and aspirin worked better as a combination that either did in isolation.

Prof Jankowski said the trial is now being assessed by the National Institute for Health and Care Excellence in the UK to determine if national guidelines should change as a consequence of the research.

“The safety of these agents trialled over 19 years was exceptional as less than 1 per cent of patients had serious adverse events linked to the medications,” he said.

“Because of the efficacy and safety that has now been shown to be clinically significant, this approach to preventing premature death and both local and invasive oesophageal cancer has the potential to radically alter our approach to this type of cancer.”

The research was undertaken with support from Cancer Research UK and involved patients at 85 sites in the UK, Northern Ireland and Canada. Prof Jankowski led the research during his tenure at five institutions over a 19-year period.