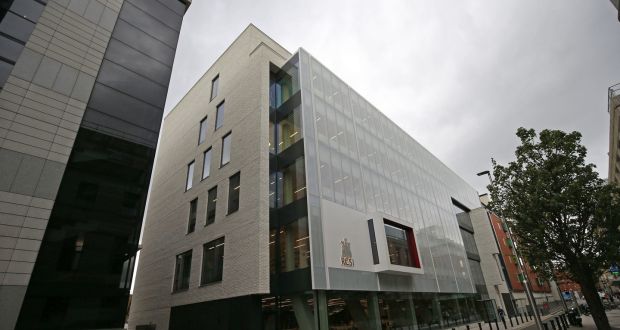 Set to become a university: the Royal College of Surgeons in Ireland building on York Street, Dublin 2. Photograph: Nick Bradshaw

Marie O’Halloran for The Irish Times

More than 200 years after it started training surgeons, the Royal College of Surgeons in Ireland (RCSI) is set to become a university following passage of reforming education legislation.

The legislation increases the powers of the Quality and Qualifications Ireland (QQI) the agency which has responsibility for quality and qualifications in further and higher education.

The Bill strengthens its role as the regulator of English language schools. QQI was established in 2012 as the external assessor of standards of teaching and qualifications for third level institutions.

The legislation also establishes a fund that English language schools will be obliged to contribute to if they provide courses of three months or more.

The fund aims to offset losses for students and staff in the event of a language school collapsing. The establishment of the fund follows the abrupt closure of a number of language teaching schools in recent years leaving students without funds they had paid.

An estimated 140,000 students come to Ireland every year to learn English.

Under reforms passed by the Dáil and Seanad a new international education mark (IEM) will be established to strengthen the terms and conditions of employment in the sector.

Minister of State for Higher Education Mary Mitchell O’Connor welcomed the passage of the Qualifications and Quality Assurance (Education and Training)(Amendment) Bill, which was passed by the Seanad after amendments from the Dáil.

She said that “once the QQA Amendment Bill becomes law it will allow RCSI to apply for permission to describe itself as a university.

“The Act will set out a number of very specific criteria which RCSI will have to meet. These are specified in the Bill.

“I expect to receive an application for the RCSI shortly after the enactment and commencement of the Act. I will review the application and as required by the legislation consult the HEA [Higher Education Authority].”

Under the provisions of the Bill a higher education institution that meets particular eligibility criteria, such as having statutory degree-awarding powers and an established reputation for excellence, will be eligible to apply for authorisation from the Minister of the day to describe itself as a university.

Representatives of the RCSI were in attendance in the visitors’ gallery for the passage of the Bill.