RCSI on Track to Get University Status 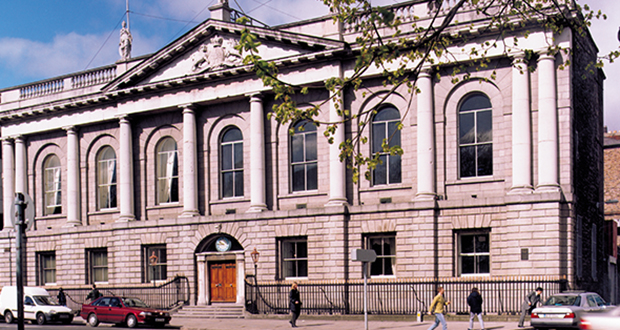 New legislation passed through the Oireachtas will allow higher education institutions to apply to the Minister for Education for university status.

The Royal College of Surgeons in Ireland (RCSI) will soon be able to begin the process of obtaining university status, after the passing of a new bill today through the Oireachtas.

The Qualifications and Quality Assurance Bill 2018 will introduce a new mechanism enabling RCSI, and other higher education institutions, to apply to the Minister for Education for authorisation to be called a university.

RCSI, which has argued in the past that it is not a private institution but a “public, statutory, regulated institution”, will now find it easier to get accreditation as a university.

In a press statement, Minister for Higher Education Mary Mitchell O’Connor said: “The title of university is highly prized and its integrity must be protected. The Bill provides a means for higher education institutions that do not receive extensive Exchequer funding to seek authorisation to describe themselves as universities.”

She continued: “I am happy that the Royal College of Surgeons in Ireland will now have the opportunity to apply for designation as a university.”

RCSI incorporates schools of medicine, pharmacy, physiotherapy and nursing. Its medical school is the largest in Ireland. It also oversees continuous professional development for medical professionals.

RCSI has been lobbying for university status for several years. The government, however, has previously expressed concerns that giving RCSI university status would create a precedent that other institutions would look to follow.

RCSI was founded by a royal charter of King George III in 1784. The government is reluctant to infer university status on the college due to the issue of administrative arrangements that arise as a result of this charter. The fact that RCSI staff are currently paid privately is also a concern.

The college says its status as a statutory body extends back to its foundation by charter, which was amended by the Oireachtas in the 1990s. RCSI says this status is similar to Trinity’s.

It has also said that the college is a not-for-profit registered charity that is regulated by the Charities Regulator.

Staff cited a lack engagement by management over issues linked to a potential merger as their reason for rejecting the bid.

Written by: Emer Moreau of the University Times Ireland