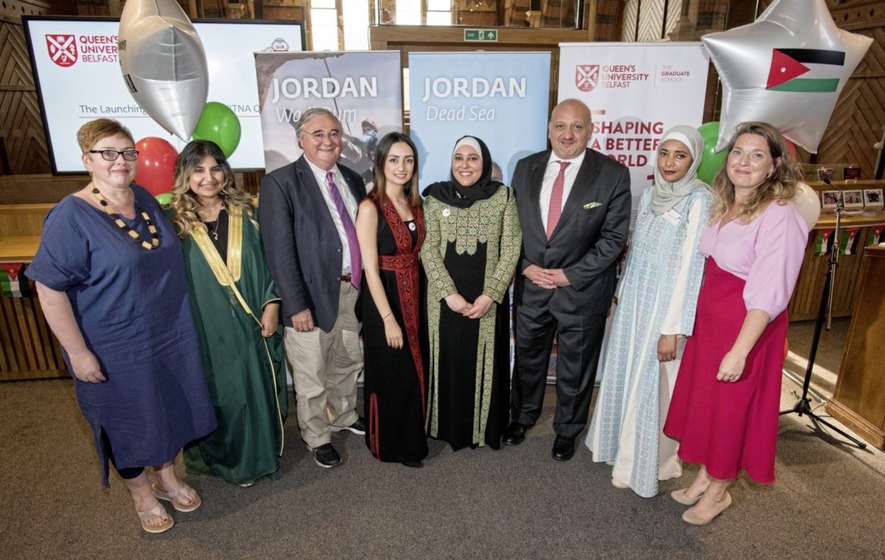 THE first Jordanian society to be set up at a third-level institution in Britain and Northern Ireland has launched at Queen’s University Belfast.

The Jordanian Students’ Society is a platform for students and staff to meet, network, and communicate in a warm and welcoming atmosphere.

Set up by three PhD students, it aims to provide a supportive community in the north.

It was founded to support students and ease homesickness and cultural shock. It is also an interactive platform for everyone else of any nationality, to socialise, ineract, and communicate with other cultures.

The society said its aim was to build a bridge of mutual learning between Jordanian and other nationalities – Arabs, and non Arabs and especially the Irish community.

The Ambassador of Jordan in London, Omar Al-Nahar and the Honorary Consul Jordan in Ireland Joe Geoghegan attended the launch with Alshareefa Noor Bint Ali, a member from the Jordanian Royal Family.

Queen’s has established strong ties with many of the esteemed Universities in Jordan over the past two decades.

It recently welcomed Alsharifeh Noor Bint Ali along with representatives from six Jordanian universities for a showcase of its students research work. Queen’s also hosted a reception at Riddel Hall to celebrate the strong relationships it has fostered with Jordan.

Written by: Simon Doyle of the Irish News