Nearly 90% of men with aggressive prostate cancer have DNA changes detectable in urine. 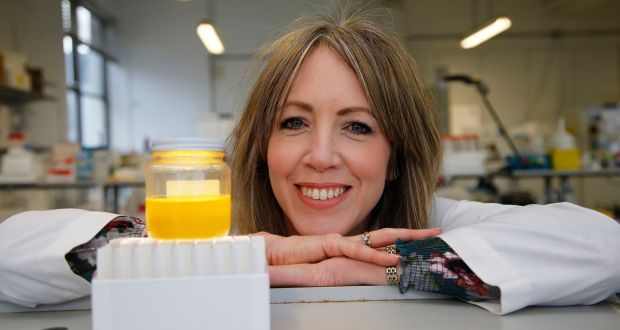 A new test for prostate cancer could help save lives by facilitating earlier diagnosis, according to new research from UCD scientists supported by the the Irish Cancer Society .

Published ahead of Daffodil Day – the society’s annual fundraiser which gets underway on Friday – the research shows a simple urine test could help save some of the 3,500 men diagnosed with prostate cancer in Ireland every year.

Cancer researchers at UCD led the development of the new test which has so far shown to be 70 per cent more specific for prostate cancer, when compared to blood tests currently used by doctors.

If the new “epiCaPture” test is further validated it could help to more accurately identify which men do or don’t need invasive tests. This means that many men could be spared harsh treatments that often have long-term side effects.

The test could also help to identify aggressive prostate cancer early, so that more patients can be potentially cured of their cancer.

The research was part of an international collaboration led by Dr Antoinette Perry, assistant professor of cell biology and genetics at the UCD School of Biology and Environmental Science and the UCD Conway Institute.

She said “over the last four years our research team at University College Dublin has worked with doctors, nurses, patients and other scientists from around Ireland, the UK, USA and Canada to study urine from almost 500 men. We showed that almost 90 percent of men with aggressive prostate cancer have changes in their DNA that we could find in their urine.

“These changes were absent in healthy men and men with non-aggressive disease. If we can replicate these findings, our research could contribute to a new, more accurate test to help catch aggressive prostate cancer and save lives from this disease.”

Dr Robert O’Connor, head of cancer research at the Irish Cancer Society, said: the new findings highlighted “the vital work, world-class cancer researchers are doing in UCD and across Ireland to identify new ways to improve the diagnosis of cancer”.

But he said more work was needed before the potential benefits reach cancer patients.

The Irish Cancer Society currently funds more than 100 researchers across Ireland and are on track to invest €30 million into research in the decade up to 2020.

“But we could fund even more research if we had the funds. That’s why Daffodil Day this Friday needs to be the biggest one yet, ” said Dr O’Connor.