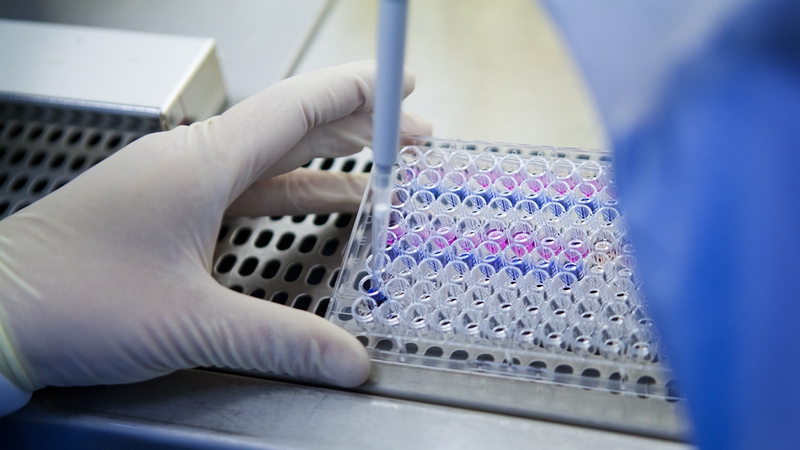 In trials using mice, the scientists found the potential therapy was successful at stopping the growth of the tumour

A new therapy that may hold potential for treating a rare soft-tissue cancer that most commonly affects young people has been developed by scientists at Trinity College Dublin.

Synovial sarcoma, a difficult to treat cancer caused by a genetic mutation, starts most commonly in the legs or arms, but it can appear in any part of the body.

Survival rates after ten years are less than a third in patients with a tumour of 5-10cm in size.

They found a protein, called BRD9, which is needed to keep synovial sarcoma cells alive by partnering with another protein called SS18-SSX that causes the disease to develop.

The scientists then designed a drug to target and degrade the BRD9 protein.

In trials using mice, they found the potential therapy was successful at stopping the growth of the tumour.

“As the term degrader suggests, the drug we created degrades the BRD9 protein, removing it from cancer cells,” said Dr Gerard Brien, Research Fellow in Genetics at Trinity College Dublin and lead author of the research.

“It essentially tricks the cells into eliminating this protein on which they rely, which in turn leads to their death.”

The team also found that the drug does not impact cellular processes in normal cells, which should result in fewer, if any, side-effects.

The next step for the researchers will be to test the new drug in clinical trials with patients, which the scientists hope will take place in the near future.

The research was published in international journal eLIFE.