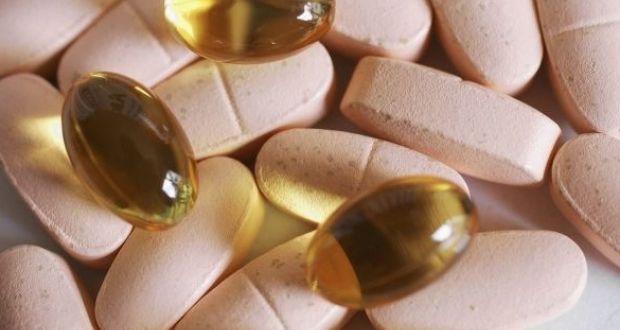 The study’s findings do not take account of other important factors like the patients’ diet and exercise. Photograph: Christopher Furlong/Getty Images

Brian Hutton for The Irish Times

Breast cancer patients taking vitamin D supplements after being diagnosed were found to have better survival rates, a study of thousands of Irish women by cancer researchers has found.

Both the Royal College of Surgeons in Ireland (RCSI), which led the research, and the Irish Cancer Society (ICS) say the findings are significant but stress they do not take account of other important factors like the patients’ diet and exercise.

Dr Robert O’Connor, head of research at the ICS, sounded a note of caution.

“Before rushing out to buy vitamin D supplements, we urge women with breast cancer to first talk to their medical team,” he said.

“Vitamin D use can cause health issues and each woman’s cancer is unique and will require personalised treatment.”

The researchers looked at anonymised data on the pharmacy purchases of almost 5,500 Irish women with breast cancer, aged between 50 and 80, in the years between 2000 and 2011.

The information was provided by the National Cancer Registry of Ireland.

They found those taking a vitamin D supplement had a 20 per cent increased survival rate compared to those who did not.

Dr O’Connor said the findings, published in the journal Breast Cancer Research and Treatment, were preliminary and only show an association.

“We will only know if vitamin D supplementation should be recommended to improve breast cancer treatment outcome in the coming years when the results of clinical trials emerge,” he said.

Researchers did not know anything else about the women that could possibly impact on their survival rates, such as physical activity and a healthy diet, which can both help a patient undergoing cancer treatment.

The research also found vitamin D users to be generally younger, less likely to smoke and have lower tumour stage and tumour grade progression compared to those who didn’t take the supplement.

These are all factors more likely to be associated with better survival.

The research was led by RCSI researcher Dr Jamie Madden, under the supervision of Prof Kathleen Bennett, associate professor in Pharmacoepidemiology at the RCSI.

Ms Bennett said previous studies have found that higher blood levels of vitamin D, which can come from diet, sunlight or supplements, is associated with increased breast cancer survival.

“Our study suggests that vitamin D supplementation might be useful for women diagnosed with breast cancer,” she added.

“Large clinical trials are already underway overseas to look into this further.”

The findings were published as the ICS launched its Cups Against Breast Cancer fund-raising campaign in Dublin’s St Stephen’s Green.

More than 3,100 women in Ireland are diagnosed with breast cancer every year. It is the second most common cancer affecting women.

Four in ten of those diagnosed are aged between 50-64 but younger women are also affected, with just under a quarter of newly-diagnosed women aged aged under 50.

Survival rates are improving. Some 83 per cent of those with a breast cancer diagnosis now live more than five years.