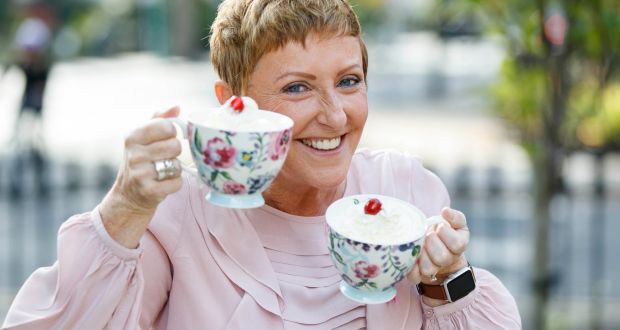 Irish researchers have developed a way of identifying women with breast cancer who are likely to be “resistant” to some of the most common treatments for the disease.

Their breakthrough comes with the potential to identify such patients more quickly, and in turn develop treatments that increase survival rates.

Prof Leonie Young and Dr Sara Charmsaz of the Royal College of Surgeons in Ireland outlined details of their research at an Irish Cancer Society event to launch a new fundraising drive to fund further scientific work by the Breast-Predict group, which includes the RCSI and five other Irish universities.

The RCSI team with Beaumont Hospital surgery department have found a new way to monitor the treatment of oestrogen-positive (ER-positive) breast cancer patients. Women with this form of cancer, which is one of the most commonly diagnosed, usually take drugs such as Tamoxifen or Aromatose inhibitors to reduce the chances of the cancer coming back.

Some of these patients, however, can become resistant to these treatments and their cancer returns. The team discovered that ER-positive women with a high level of a “biomarker” called S100Beta in their blood and “are significantly more likely to see a recurrence of the disease”.

“The early detection of patients with treatment resistance enables a different strategy to be put in place which can significantly improve there patients’ survival,” explained Prof Young.

The next stage is for this research to undergo a clinical trial, Dr Charmsaz told The Irish Times. This would, it is hoped, lead to new monitoring strategies which could increase survival of patients, she added. Identifying women in this category quicker would mean that the cancer would be treated before metastasis, when it has spread to other parts of the body.

TV star Majella O’Donnell, who is married to singer Daniel O’Donnell, paid tribute to the researchers and underlined the need for ongoing funding to reduce the incidence of cancer and provide more effective treatments. She was speaking at a launch of the cancer society’s “Cups Against Cancer” campaign which is being staged during October, where members of the public are being asked to host a coffee morning and raise funds for the society.

Four years on from her own encounter with breast cancer, she said eight Irish women a day continue to be diagnosed with the disease. While treatments had improved, “research is the only way to address this”.

She added: “When I found out I had breast cancer I was shocked. The treatment was tough and it was difficult emotionally. Thankfully there are a lot of supports available and more advances are being made as a result of cancer research, which is improving outcomes.”

She described the constant worry of “looking over the shoulder” to ensure the cancer had not returned. But she had learned to relax and go in and get the reassurance of her oncologist when it was needed. Her appearance on the Late Late Show had prompted a phenomenal reaction, especially “a sharing of support and learning from other people” – it also helped raise more €700,000 for the society.

Her advice to women recently diagnosed was to “take each day at a time” and not to avail of “Dr Google” though human nature was such that searching for information through that source was understandable in the circumstances.

Cancer society head of fundraising Mark Mellett said the “Cups Against Cancer” campaign would enable researchers to continue to find better ways to diagnose and treat this disease, and ensure women were supported “through such a frightening and worrying time”.