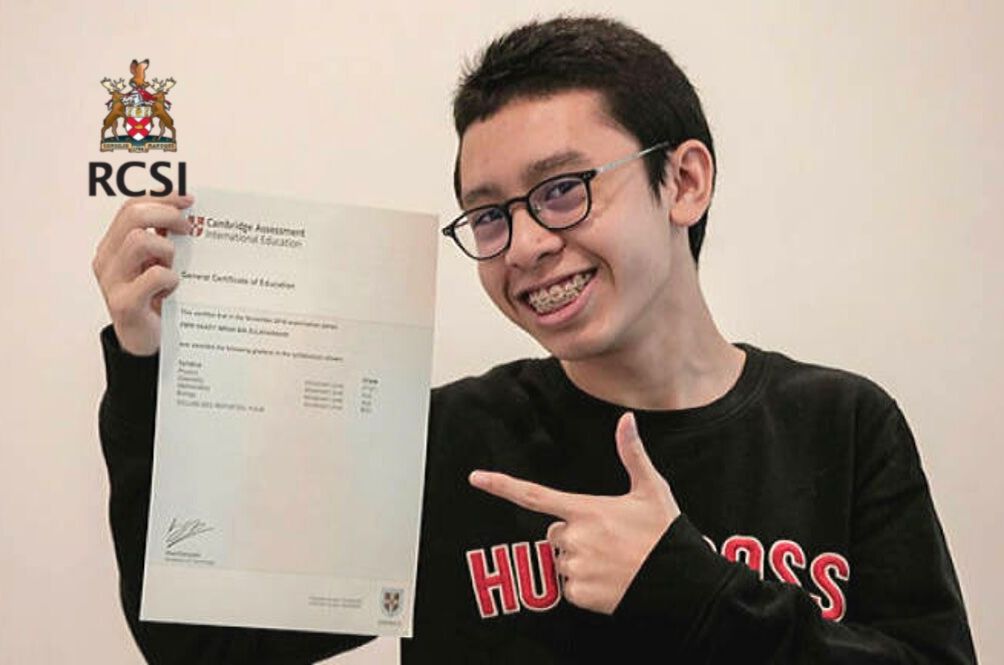 When we were 16, if was a pretty confusing time for us: our teenage angst and hormones were actively raging, we felt like the world was against us, we didn’t have a clue what’s going on and it was only a matter of time until we sit for our Sijil Pelajaran Malaysia (SPM).

But for one 16-year-old Malaysian, it seems that he’s got his life sorted out and on top of that, is moving towards landing the career of his dreams.

Meet Emir Haady Imran Zulkharnain, who will be the youngest student at the prestigious Royal College of Surgeons (RCSI) in Dublin when he enrolls in September this year.

The Sun Daily reported that the teenager completed his UK International General Certificate of Secondary Education (IGCSE) examination at STARS International Academy at the tender age of 14.

What’s even more baffling is the fact that Emir had only 10 months to study for the exam.

Emir later on pursued his A levels – at the age of 15, mind you – and he managed to obtain an A+ for Physics and 2As for Chemistry and Math.

“I can’t see myself doing life any other way than by being a doctor,” Emir told The Sun in an interview.

“I initially wanted to become an astronaut, but as I grew older, at 11, I started to like medicine a lot.” Emir’s dream job is to be a heart surgeon.

Emir, who is the youngest of four children, has set his eyes on becoming a heart surgeon when he literally grows up.

“The heart just fascinates me – how it works – and I just want to do what I love which is to become a heart surgeon,” he said.

It’s also interesting to note that both of Emir’s parents are doctors.

Well, we wish Emir all the best and may this boy genius achieve his dreams and ambition of becoming a surgeon. We Malaysians are so proud of you!