Leading the Global fight against COVID-19 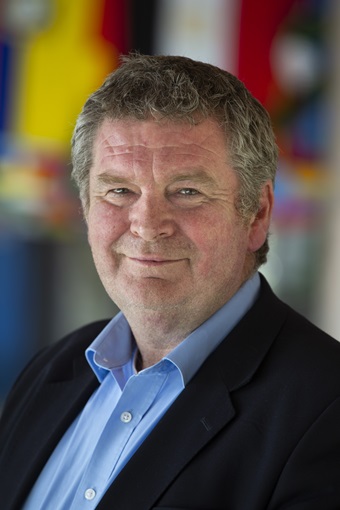 A graduate of National University of Ireland, Galway, Dr Mike Ryan has been at the forefront of managing acute risks to global health for nearly 25 years. He served as Assistant Director-General for Emergency Preparedness and Response in WHO’s Health Emergencies Programme from 2017 to 2019.

Dr Ryan first joined WHO in 1996, with the newly established unit to respond to emerging and epidemic disease threats. He has worked in conflict affected countries and led many responses to high impact epidemics. He is a founding member of the Global Outbreak Alert and Response Network (GOARN), which has aided the response to hundreds of disease outbreaks around the world. He served as Coordinator of Epidemic Response (2000-2003), Operational Coordinator of WHO’s response to the SARS outbreak (2003), and as WHO’s Director of Global Alert and Response (2005-2011),

He completed medical training at the National University of Ireland, Galway, a Master’s in Public Health at University College Dublin, and specialist training in communicable disease control at the Health Protection Agency in London and the European Programme for Intervention Epidemiology Training.

Delegation of authority from WHO Director-General